Tweets on #GoodGovernanceDay by @MIB_India 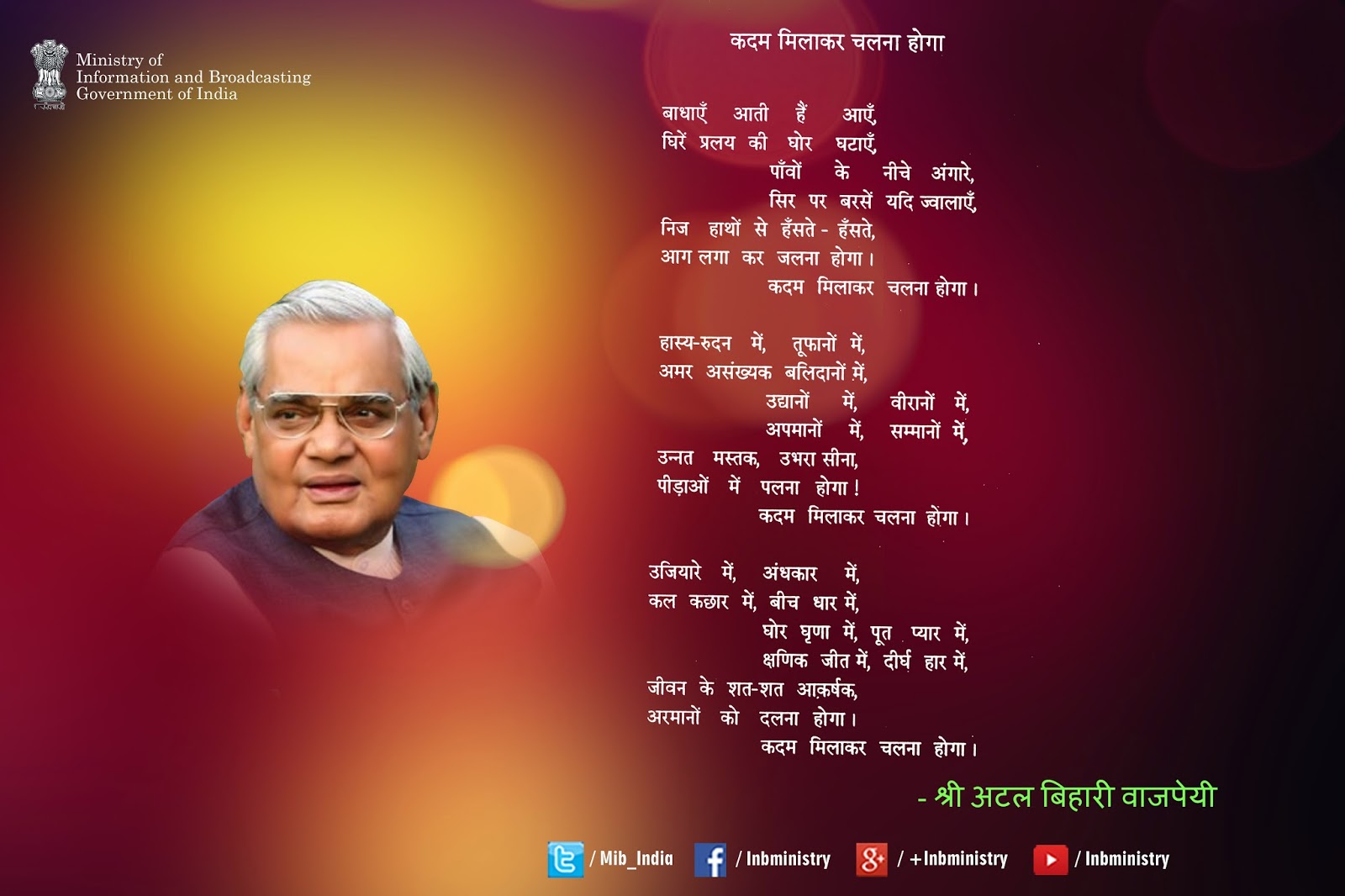 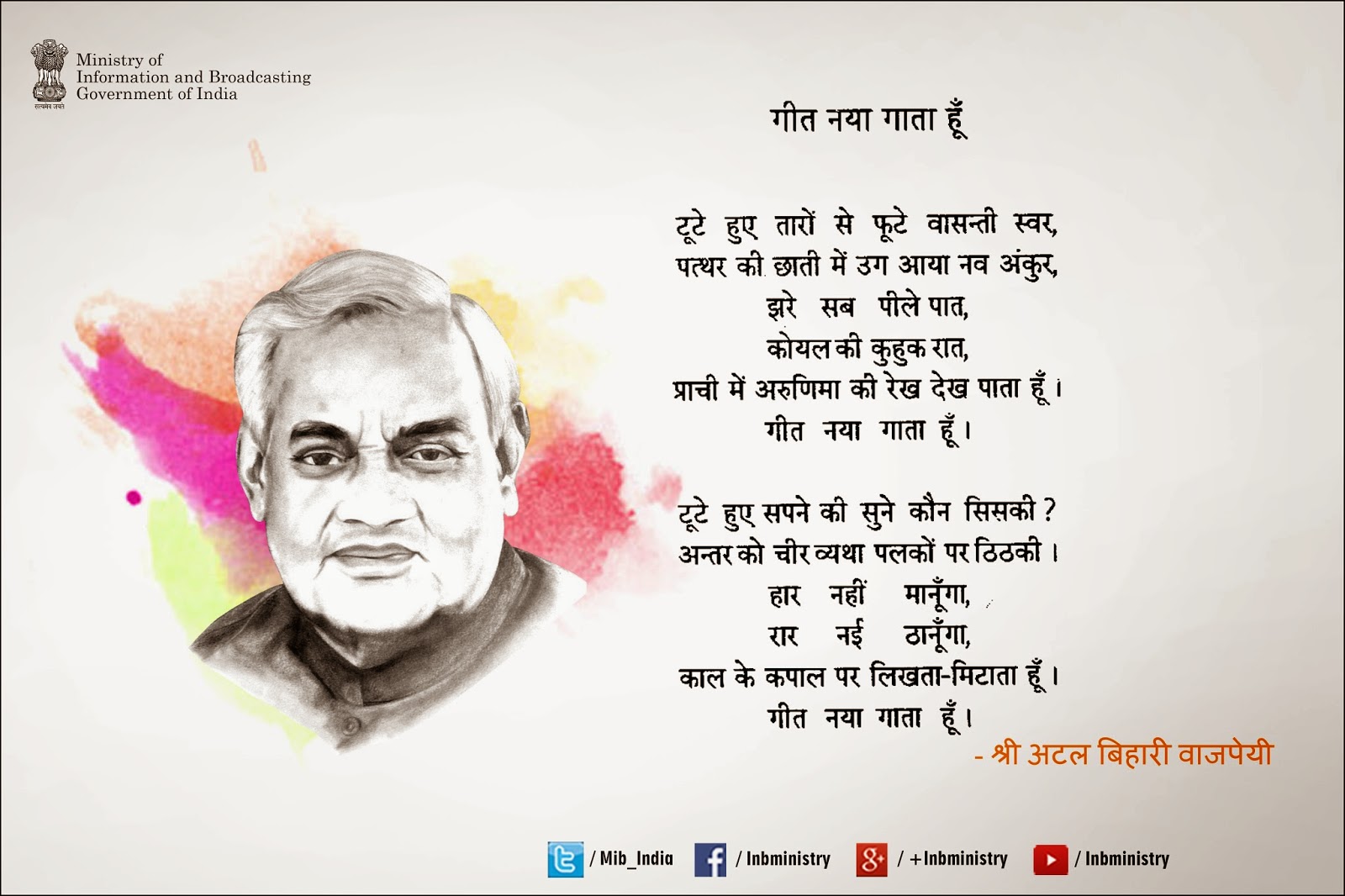 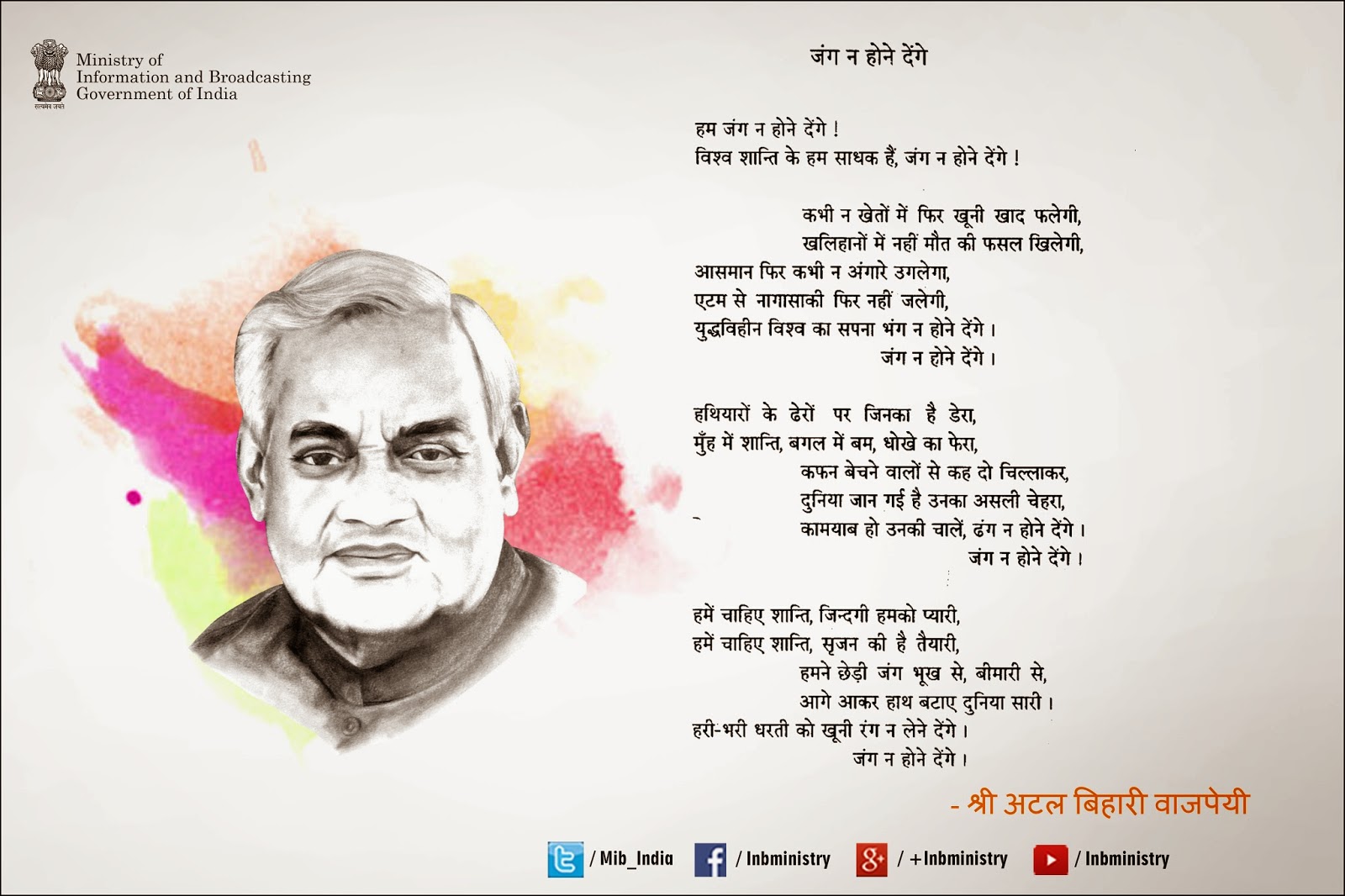 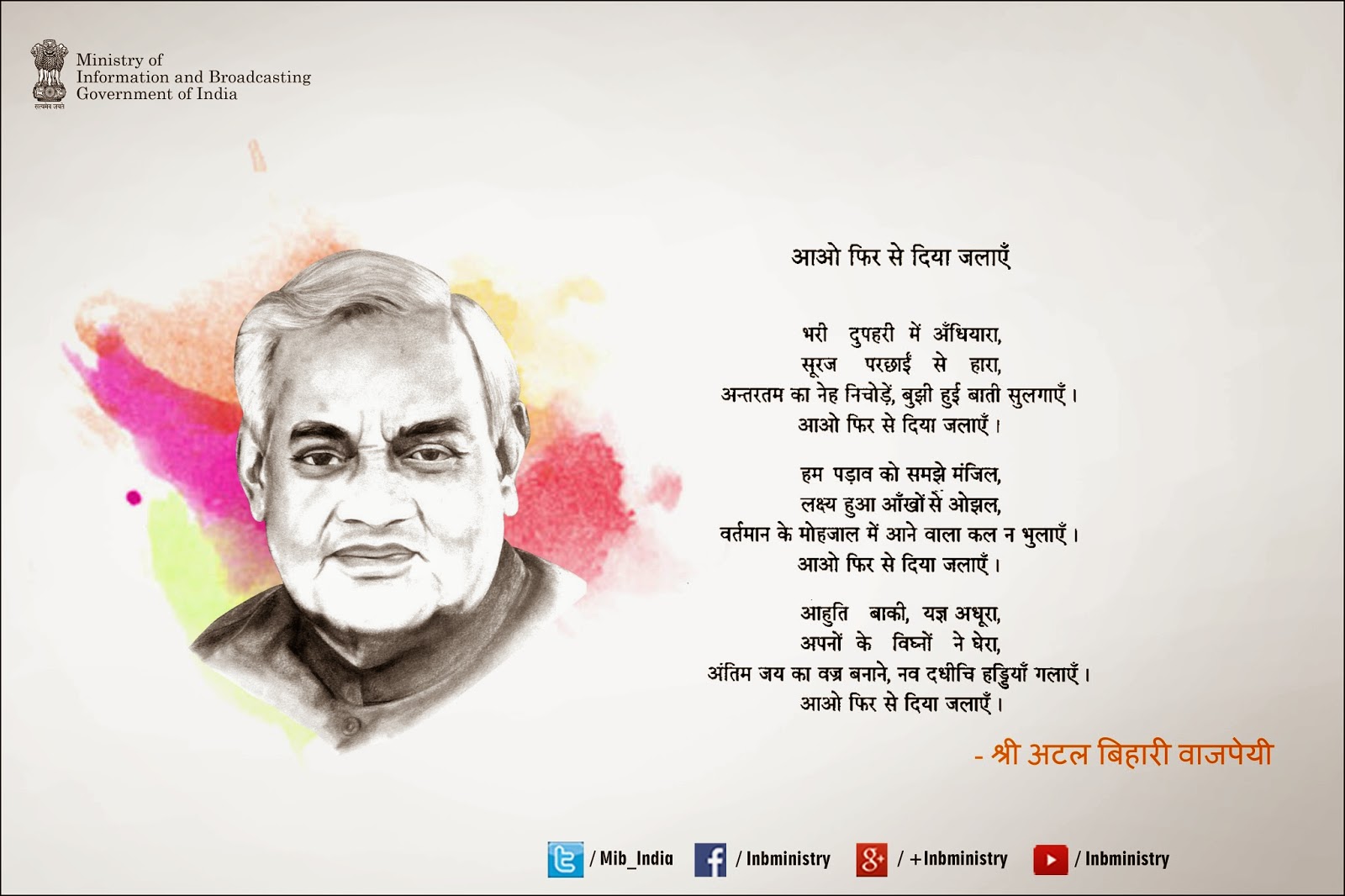 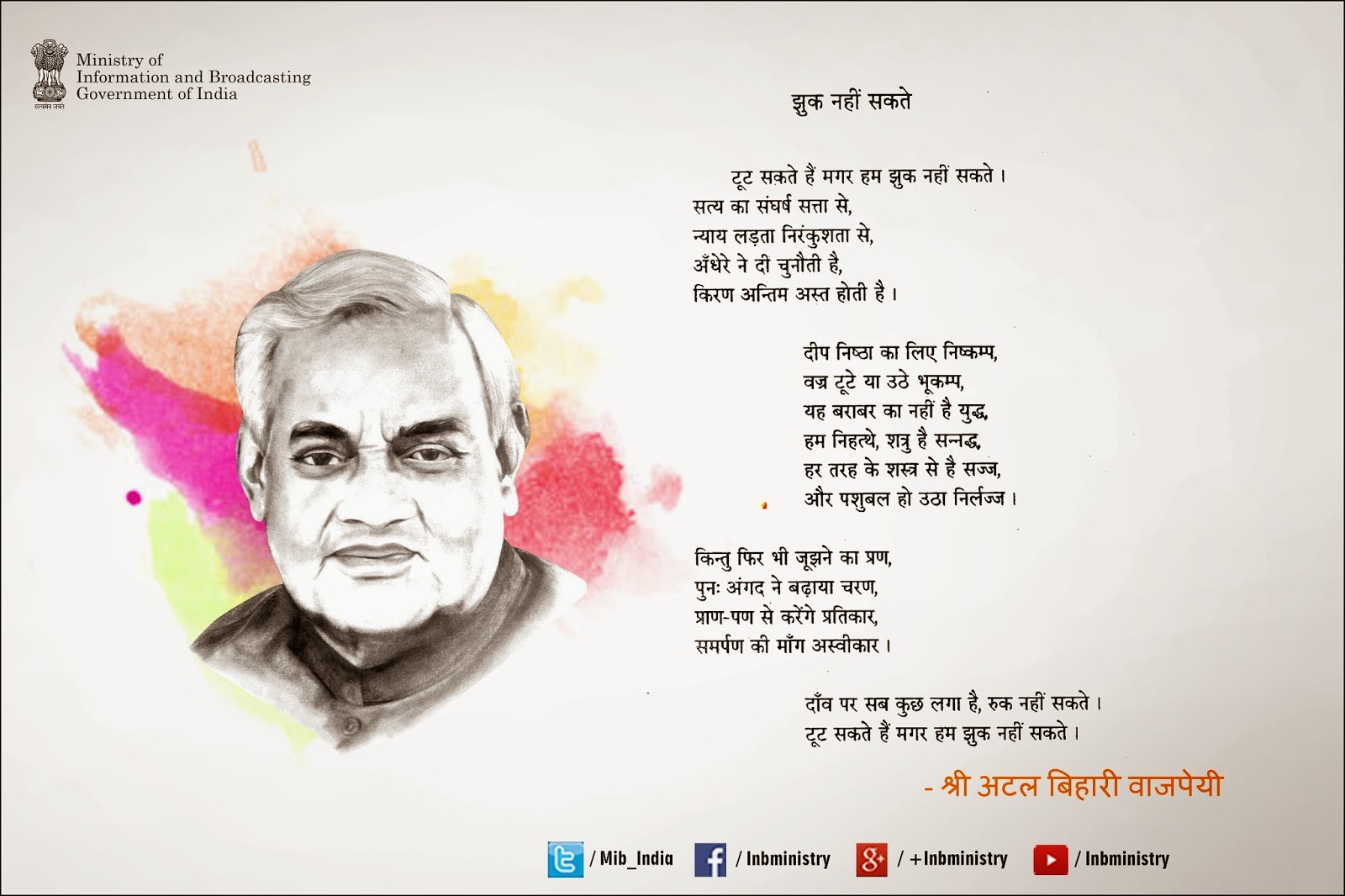 LARGE AREAS OF Gujarat and Rajasthan, and some other parts of the country are in the grip of a severe drought. Crops have withered away, water resources have dried up, there is no fodder for cattle.
In village after village, hunger stalks men, women and children.
More than five crore people have been affected by the drought. They can only stare at the parched earth and hope that this year the monsoon will not elude them.
But the rains are still months away.
We cannot leave our own brothers and sisters at the mercy of their fate or the cruelty of vagaries of nature. At this moment, they need our help to tide over the calamity that has fallen upon them, to survive hunger and disease, to rebuild their lives and to save their cattle that often are their only wealth.
The Union Government has been releasing funds from the National Fund for Calamity Relief and other schemes.
However, given the severity of the drought and the large number of people and cattle who need to be provided with food and fodder, these funds are inadequate. You can help meet the shortage by contributing money, no matter how small the amount, to the Prime Minister's National Relief Fund.
Last year, it was your assistance that enabled us to meet the -challenge posed by the super cyclone that devastated coastal Orissa. I am confident that this time, too, you shall come forward to lend a helping hand to your brothers and sisters in Gujarat and Rajasthan.
Together, we can overcome this challenge.
********************
Strengthening Transparency in Governance
(Excerpts from Prime Minister Atal Bihari Vajpayee Selected Speeches Vol-III, PD)

One YEAR AGO, the people of India reposed their faith in the National Democratic Alliance. I thank my countrymen for giving my government and me an opportunity to serve Mother India.
The people voted for stability and good governance. Their mandate was an expression of their collective desire to make India a prosperous and proud nation in the 21st century. In the past twelve months, we have endeavoured to fulfil their aspirations. Our democracy is steadily growing in maturity to prove that a coalition government at the Centre can be stable and successful. The India at the beginning of the new century is an India that stands stronger, prouder and taller than before. India is now seen as an emerging global player whose voice is being heard with recognition and respect in the capitals of the world.
We have fulfilled several promises contained in our common manifesto. It shall be our earnest endeavour to fulfil many more that are still unaccomplished.
Our governance has been free of corruption scandals, and we are determined to further strengthen standards of transparency in Government and probity in public life. Centre- State relations have become harmonious. The situation in Jammu & Kashmir and in the North-East is improving steadily. I am confident that it will improve further in the coming months. Simultaneously, the circle of international support for our stand on Kashmir is expanding rapidly. Our fight against terrorism continues—and shall continue—till the terrorist's gun falls silent.
Our economy is growing steadily. We are now removing the hurdles for its faster growth, so that we can achieve our ambitious target of doubling the per capita income by the end of this decade. The number of people living below the poverty line has declined. Food security is no longer a distant dream. I want to assure the people that the economic reforms we have initiated have no other aim than to create employment for all and bring the fruits of prosperity for all—especially to those who have so far been deprived of it.
These are the achievements not of any party or alliance, but of a nation on the move. They have been made possible by the close bond between the people and the Government. I want to urge all my countrymen to further strengthen this bond, so that India can move from success to greater success in the coming years.
The path of reforms is never easy or straight. Sometimes, the Government has to take hard decisions in the long-term interests of the nation. For example, the unprecedented increase in global oil prices has forced us to pass on some of the burden to the consumers. We have to face such challenges collectively. The haves must bear a greater share of the burden than the have-nots in the transition period.
********************
Terrorism Cannot Stop Peace Process
(Excerpts from Prime Minister Atal Bihari Vajpayee Selected Speeches Vol-III, PD)

I  VISITED PAHELGAM and Srinagar on Thursday (3.8.2000) to study the situation arising out of recent massacre in various places in Jammu and Kashmir and of pilgrims at Pahelgam. I am thankful to Smt. Sonia Gandhi, Shri Somnath Chatterjee, Shri Mulayam Singh Yadav, Shri Yerrannaidu and Shri Ghulam Nabi Azad for agreeing to join me at such short notice. My colleagues Shri George Fernandes, Ms. Mamata Bannerjee and Shri Chaman Lai Gupta also joined me along with the Chief of Army Staff. From Srinagar, the Governor and the Chief Minister of Jammu and Kashmir accompanied us.
Our visit was also intended to assure the people of the State that the entire nation stood by them at this hour and to share their grief over the inhuman behaviour of the terrorists against innocent people belonging to the State as well as many from other parts of the country on pilgrimage to Amarnath.
The briefing which we were given by the Chief of Unified Command and security forces, made it clear that perpetrators of these heinous crimes were foreigners. Arms and ammunitions recovered from them clearly establish their links with Pakistan based Lashkar-e-Toiba.
Delegations of local population as well as pilgrims met me and spoke to me about the difficulties they were facing in the wake of the killings.
The House, I am sure, is one with me in assuring the people of Jammu and Kashmir and the nation that we will not yield before terrorism. I may add that while the fight against terrorism will be continued, India will not give up efforts for restoration of peace in Jammu and Kashmir.
I made it clear at Srinagar that the dialogue with Hizbul Mujahideen is a part of this effort. Other groups who have chosen the path of violence should also realize that the people of Jammu and Kashmir want peace in the State. It is futile for them to continue on the path of violence. They should come forward for talks with the Government for redressal of their grievances.
********************
Defeat the Threat to Internal Security
(Excerpts from Prime Minister Atal Bihari Vajpayee Selected Speeches Book,Vol-III, PD) 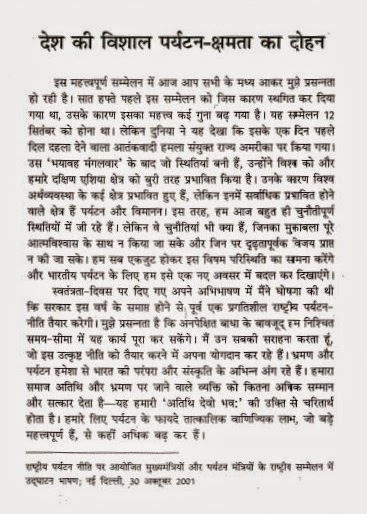 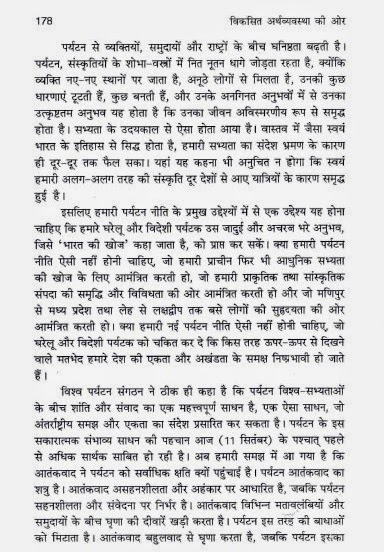 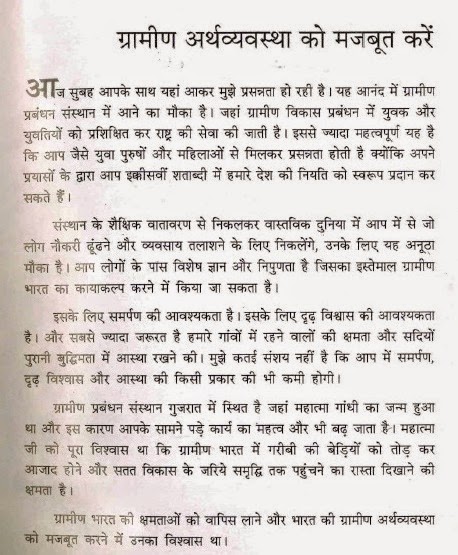 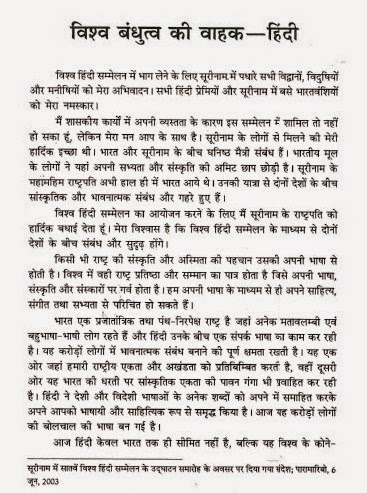 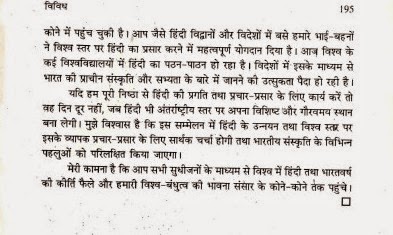 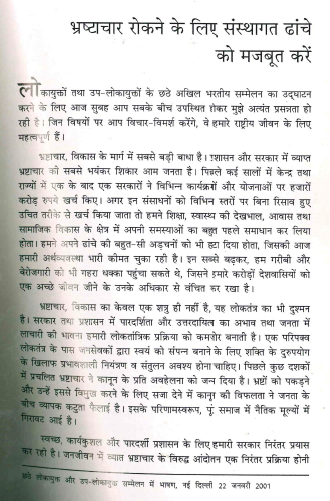 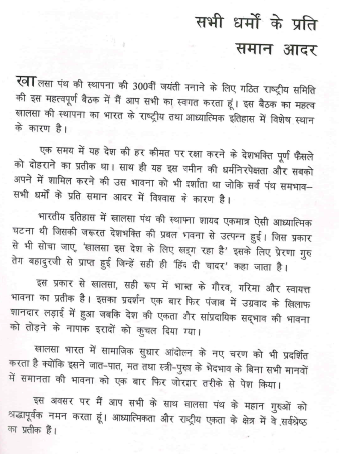 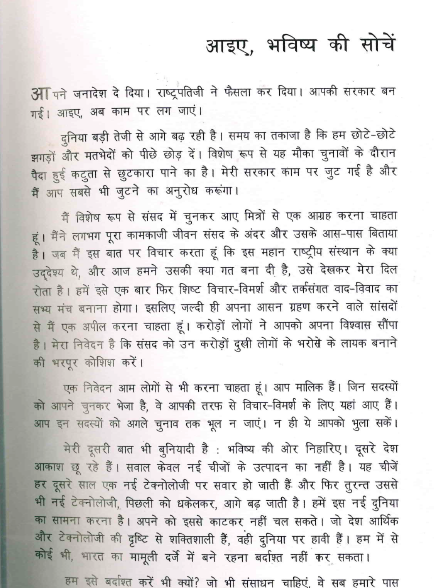 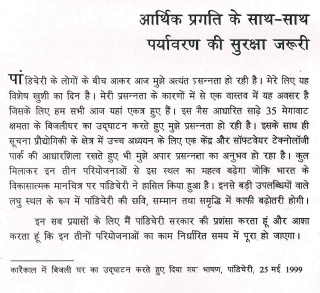 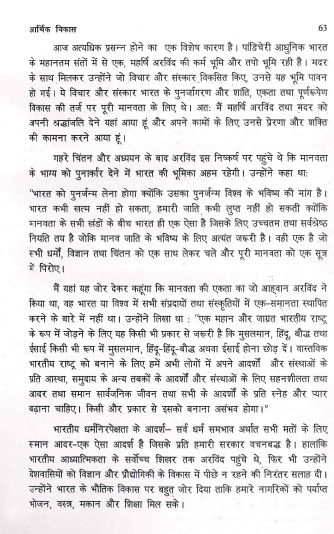 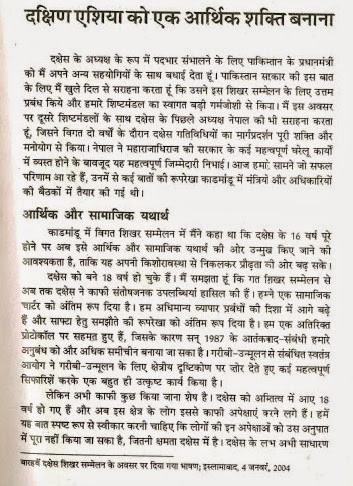 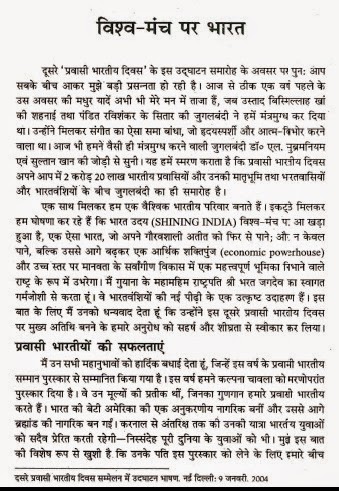 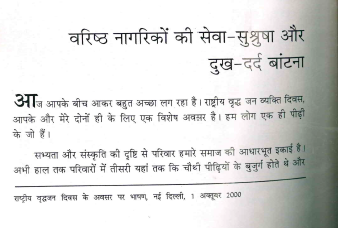 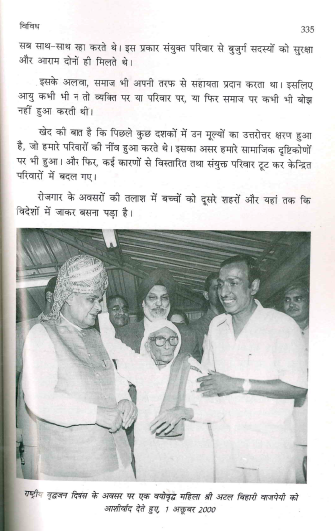 Extension of Emergency Credit Line Guarantee Scheme through ECLGS 2.0 for the 26 sectors identified by the Kamath Committee and the healthcare sector